All Meetings are currently being held via Zoom. Email jmichiseslp@gmail.com for link 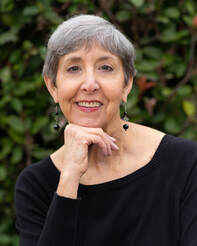 Tricia Krauss-Lehrman
Tricia worked at the UTD Callier Center for Communication Disorders in Dallas for 28 years before retiring and starting a private practice where she provides evaluations and therapy for individuals of all ages with fluency disorders.  She has been a board certified fluency specialist since 2002.  Tricia’s involvement with self-help for people who stutter began in 1982 when she became active in the Dallas chapter of the NSA, a support group for adults who stutter.  She continued to participate in this group and was inspired to create a support group for Dallas area children who stutter (ages 6 – 12 years) and their parents in 2001 called Y.E.S.S. (Youth Experience Stuttering Support) which continues to meet on a monthly basis.  She has been a co-leader of the Dallas TWST group since March 2011.  Tricia is married and has 2 children and 2 cats.  She takes yoga classes several times weekly and loves doing a wide variety of arts and crafts…with pottery being her favorite pastime. 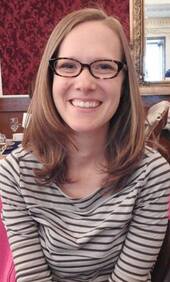 Jaime Michise
Jaime has been a speech-language pathologist for over nine years. She began her career at Cincinnati Children's Hospital Medical Center where she was a active member of the fluency team. Recently Jaime spent two years living and working in Nagoya, Japan. Jaime now lives in Frisco, Texas where she has a private practice working with people who stutter and teaches adjunctly at the University of North Texas and Bowling Green State University. She also continues to work with children internationally. Jaime has published research and presents frequently on the topics of Acceptance and Commitment Therapy, mindfulness, and stuttering. Jaime is also a facilitator at Camp Shout Out- a summer camp for children and teens who stutter. Jaime has been one of the Chapter Leaders of the Dallas NSA TWST chapter since July 2018 and enjoys connecting with, and learning from individuals who stutter and their families! In her free time, Jaime enjoys running, yoga, and traveling with her husband, Kaz. ​

Emily Cors
Emily is a Speech-Language Pathologist at DOTS for Kids. Emily has been one of the Chapter Leaders of the Dallas NSA TWST chapter since February 2019. Emily loves reading, watching Netflix shows, listening to country music and taking walks with her Dachshund Colt. Emily recently got married in December 2021 and is enjoying spending time with her husband, Dalton.  ​

Clare Hennessy
Clare is a graduate speech-language pathology student at the University of Texas at Dallas, Callier Center. Clare has been part of the Dallas NSA TWST chapter as an intern since February 2021. Some of her favorite activities include camping, yoga, and swimming anywhere she can find water. ​